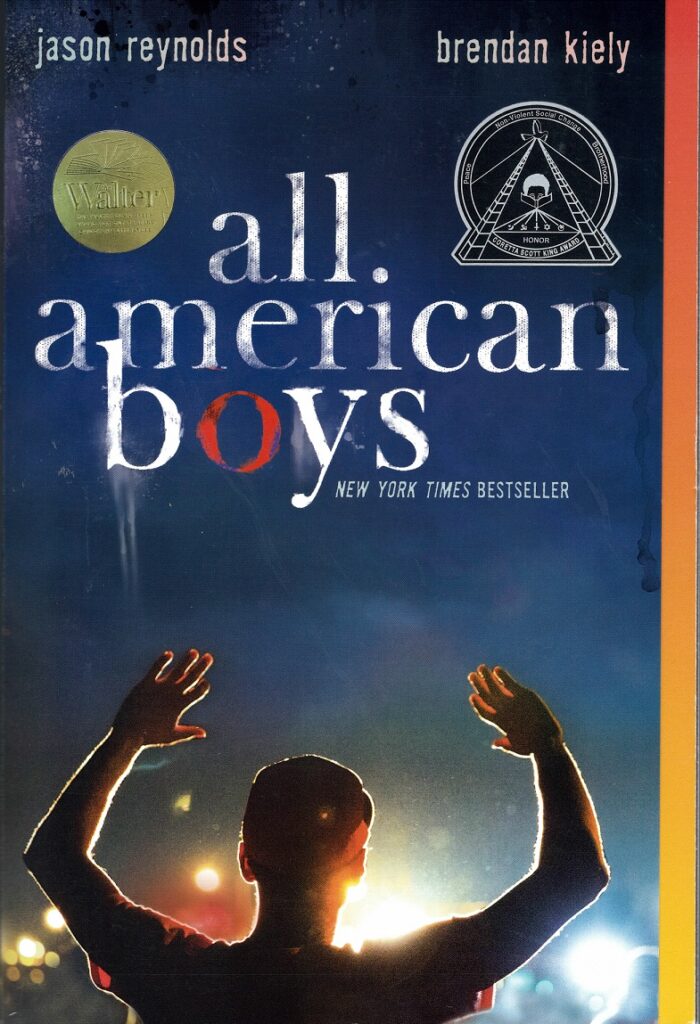 It’s an important book, I’m glad it exists. I’ve read all of Jason Reynolds’ books and went into this one worried he’d give short shrift to Black girls—and I wasn’t disappointed. Despite giving a shout out in the acknowledgments section to women who are regularly rendered invisible in civil rights movements, no teenage Black girl has a voice or a significant role in the book. Black girls are the objects of desire for the book’s Black male characters—they’re there to “get all up on” and/or serve as props for teasing other boys. Considering the fact that young queer Black women FOUNDED the Black Lives Matter movement, it was disappointing to have a WHITE girl (written by the book’s white co-author, Brendan Kiely) be the one to introduce #SayHerName (at the end of the book). Continue reading.

Publisher's synopsis: In a novel from award-winning authors Jason Reynolds and Brendan Kiely, two teens—one black, one white—grapple with the repercussions of a single violent act that leaves their school, their community, and, ultimately, the country bitterly divided by racial tension.
A bag of chips. That’s all sixteen-year-old Rashad is looking for at the corner bodega. What he finds instead is a fist-happy cop, Paul Galluzzo, who mistakes Rashad for a shoplifter, mistakes Rashad’s pleadings that he’s stolen nothing for belligerence, mistakes Rashad’s resistance to leave the bodega as resisting arrest, mistakes Rashad’s every flinch at every punch the cop throws as further resistance and refusal to STAY STILL as ordered. But how can you stay still when someone is pounding your face into the concrete pavement?
But there were witnesses: Quinn Collins—a varsity basketball player and Rashad’s classmate who has been raised by Paul since his own father died in Afghanistan—and a video camera. Soon the beating is all over the news and Paul is getting threatened with accusations of prejudice and racial brutality. Quinn refuses to believe that the man who has basically been his savior could possibly be guilty. But then Rashad is absent. And absent again. And again. And the basketball team—half of whom are Rashad’s best friends—start to take sides. As does the school. And the town. Simmering tensions threaten to explode as Rashad and Quinn are forced to face decisions and consequences they had never considered before.
Written in tandem by two award-winning authors, this book shares the alternating perspectives of Rashad and Quinn as the complications from that single violent moment, the type taken from the headlines, unfold and reverberate to highlight an unwelcome truth.