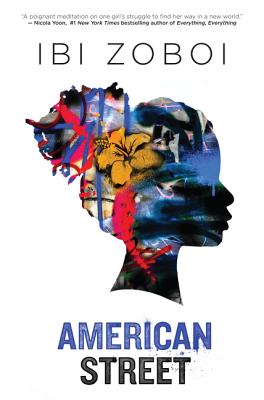 In Ibi Zoboi’s debut novel, American Street, 16-year-old Fabiola Toussaint has just arrived from Haiti to the United States with her mother, but things have gone terribly wrong. While Customs & Border Patrol officials wave Fabiola through—because she was born in the U.S. but returned to Haiti with her mother as a baby—CBP refuses her mother’s visa, and now Fabiola’s mother is on her way to a detention facility while the teenager must make her way alone with her luggage from New York to Detroit where her Matant (Aunt) Jo lives.

Zoboi, who was born in Haiti, captures a teenage immigrant’s disorientation and the way she draws from her past to make sense of her present. The enthusiasm with which my Haitian students have embraced this book testifies to the importance of this Own Voices narrative, both for the authenticity of the story and the author’s role as inspiration to a new generation of writers and readers. Continue reading.

Publisher's Synopsis: American Street is an evocative and powerful coming-of-age story perfect for fans of Everything, Everything; Bone Gap; and All American Boys. In this stunning debut novel, Pushcart-nominated author Ibi Zoboi draws on her own experience as a young Haitian immigrant, infusing this lyrical exploration of America with magical realism and vodou culture.
On the corner of American Street and Joy Road, Fabiola Toussaint thought she would finally find une belle vie—a good life.
But after they leave Port-au-Prince, Haiti, Fabiola’s mother is detained by U.S. immigration, leaving Fabiola to navigate her loud American cousins, Chantal, Donna, and Princess; the grittiness of Detroit’s west side; a new school; and a surprising romance, all on her own.
Just as she finds her footing in this strange new world, a dangerous proposition presents itself, and Fabiola soon realizes that freedom comes at a cost. Trapped at the crossroads of an impossible choice, will she pay the price for the American dream?