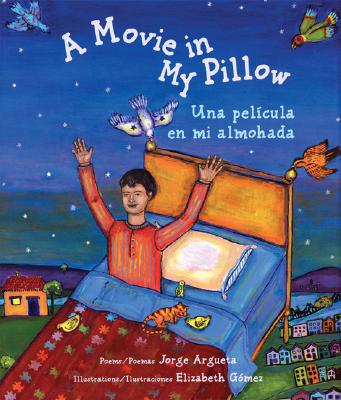 During the bloody Salvadoran Civil War (1979-1992) between the military government representing the 12-family oligarchy of wealthy landowners, and leftist forces representing mostly impoverished peasants, US-supported government death squads terrorized, tortured, murdered and disappeared thousands of civilians, especially targeting students, intellectuals, and Indian people in the rural areas. By the time the UN-brokered peace agreement was signed, it’s estimated that more than 75,000 people had been killed and more than half a million refugees had fled to the US.

In this lovely bilingual collection of autobiographical poems, young Jorge tells the story of how he and his father, fleeing from the war, arrive in San Francisco. Eventually, the rest of the family will join them, but for now, father and son, leaving in the middle of the night—and without saying goodbye to anyone—must travel alone. Continue reading.

Publisher's Synopsis: Young Jorgito has come to live in the Mission District of San Francisco, but he hasn't forgotten the unique beauty of El Salvador. In his first collection of poems for children, poet Jorge Argueta evokes the wonder of his childhood in rural El Salvador, a touching relationship with a caring father, and his confusion and delight in his new urban home. We glimpse the richness of Jorgito's inner world and dreams--the movie in his pillow. Artist Elizabeth Gomez perfectly captures the indigenous beauty of El Salvador, the sadness of the war, and the joy of family reunion in San Francisco. Her paintings, with their brilliant colors and striking details, fill every page with authenticity and charm.