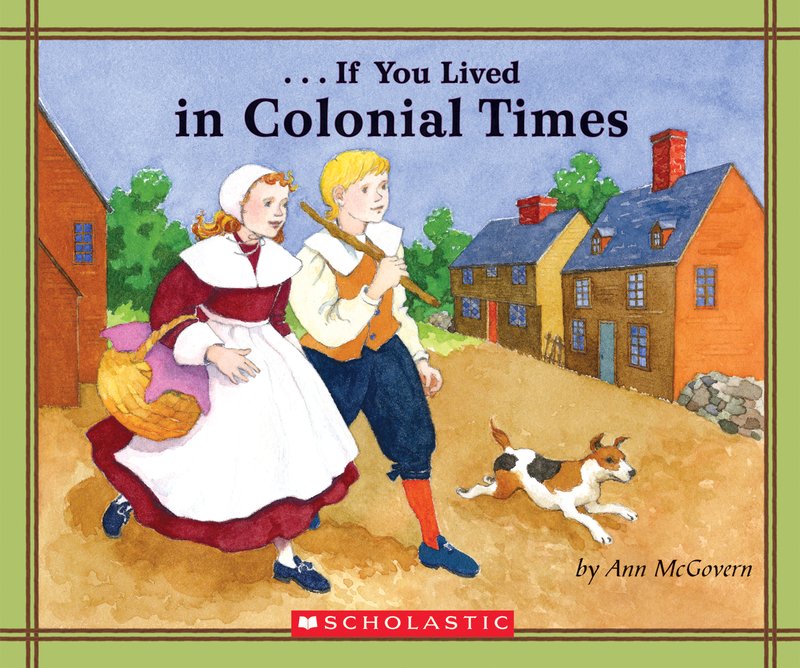 On the last day of Black History Month, children at a predominantly African American elementary school in D.C. were each given a book to keep. The title given to the daughter of one of our Teaching for Change staff was If You Lived in Colonial Times by Ann McGovern (Scholastic, 1992).

Here is our critique of the book. (We could also critique the assumption that children in a largely Black school are in need of books and that any book is good enough.)

Scholastic’s If You Lived in Colonial Times, first published in 1964, focuses almost exclusively on people in colonial New England who are white and Protestant. The biggest threat to the generally peaceable “colonists,” according to the author, is that you might be “killed by some Indians” or a hungry wolf . 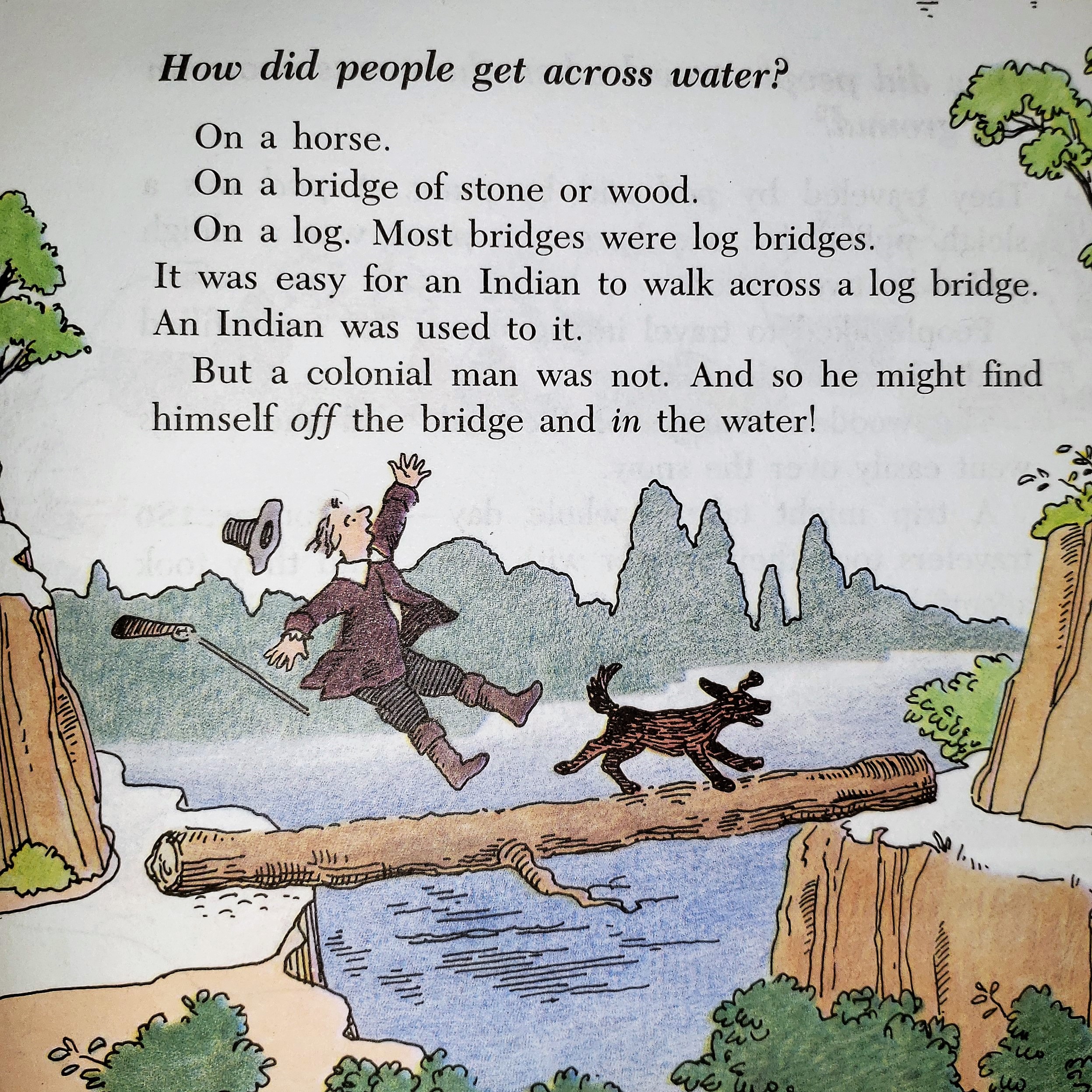 Apart from the racist demonization of “Indians,” the book all but ignores native nations, people of color, and non-Christians. The only reference to Africans and the institution of slavery is on one of the final pages. McGovern describes the lumber and shipping industry, and says that “some ships brought people who were not glad to come. These people came from Africa. They were sold as slaves, and they would never see their homes again.” 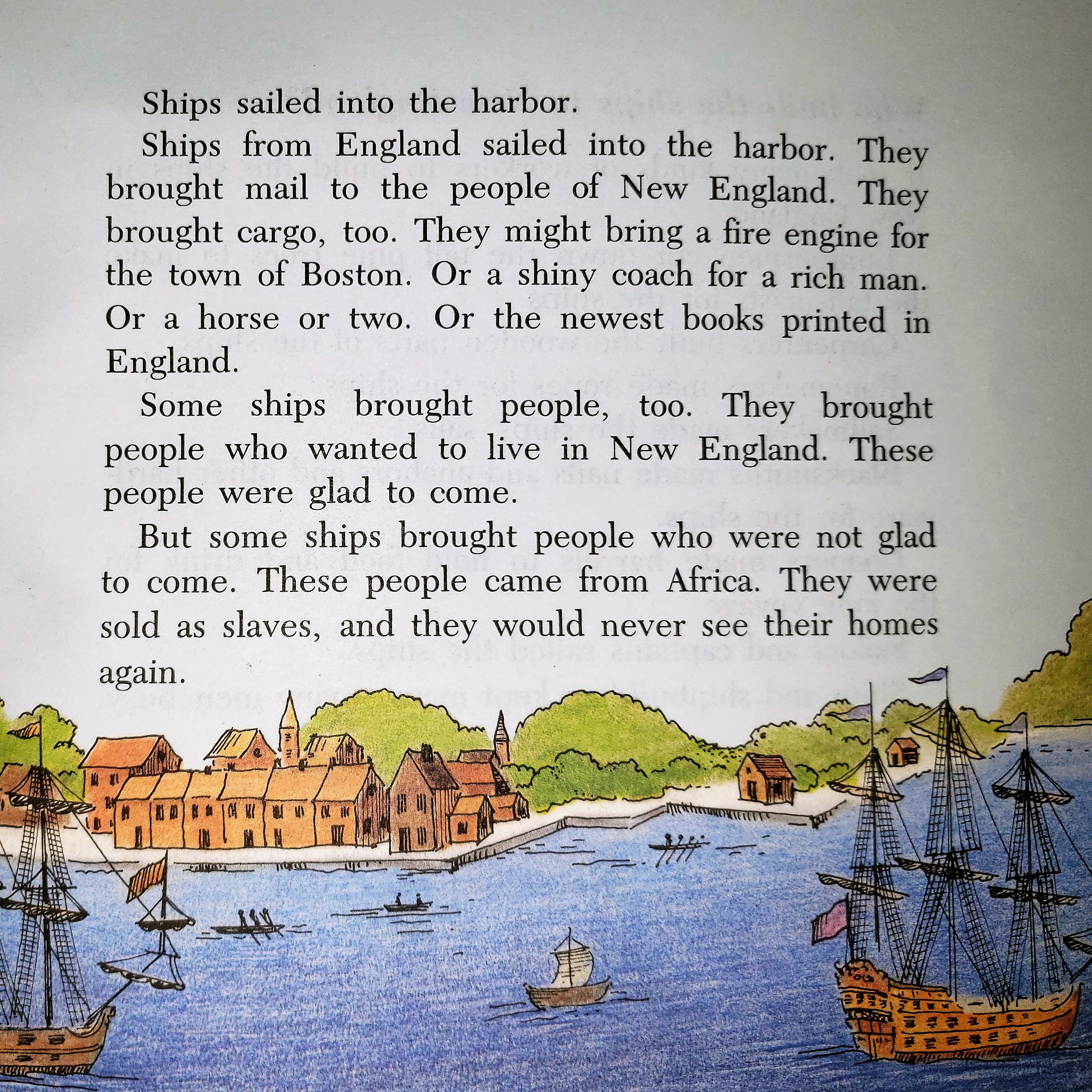 Nowhere else are people of African descent present in this book, and the passive voice makes it seem that no one was responsible for forcing Africans to come to the Americas in bondage.

The reader is left with the impression that colonial history was exclusively white and is only given the opportunity to see history through the lens of the white colonists.

The book does not acknowledge the United States as a colonial or imperial power, explicitly ending “colonial times” when a few rich white men in Philadelphia declared independent political rule from the English monarch and parliament. In the introduction, the book claims “Columbus discovered America” in 1492. 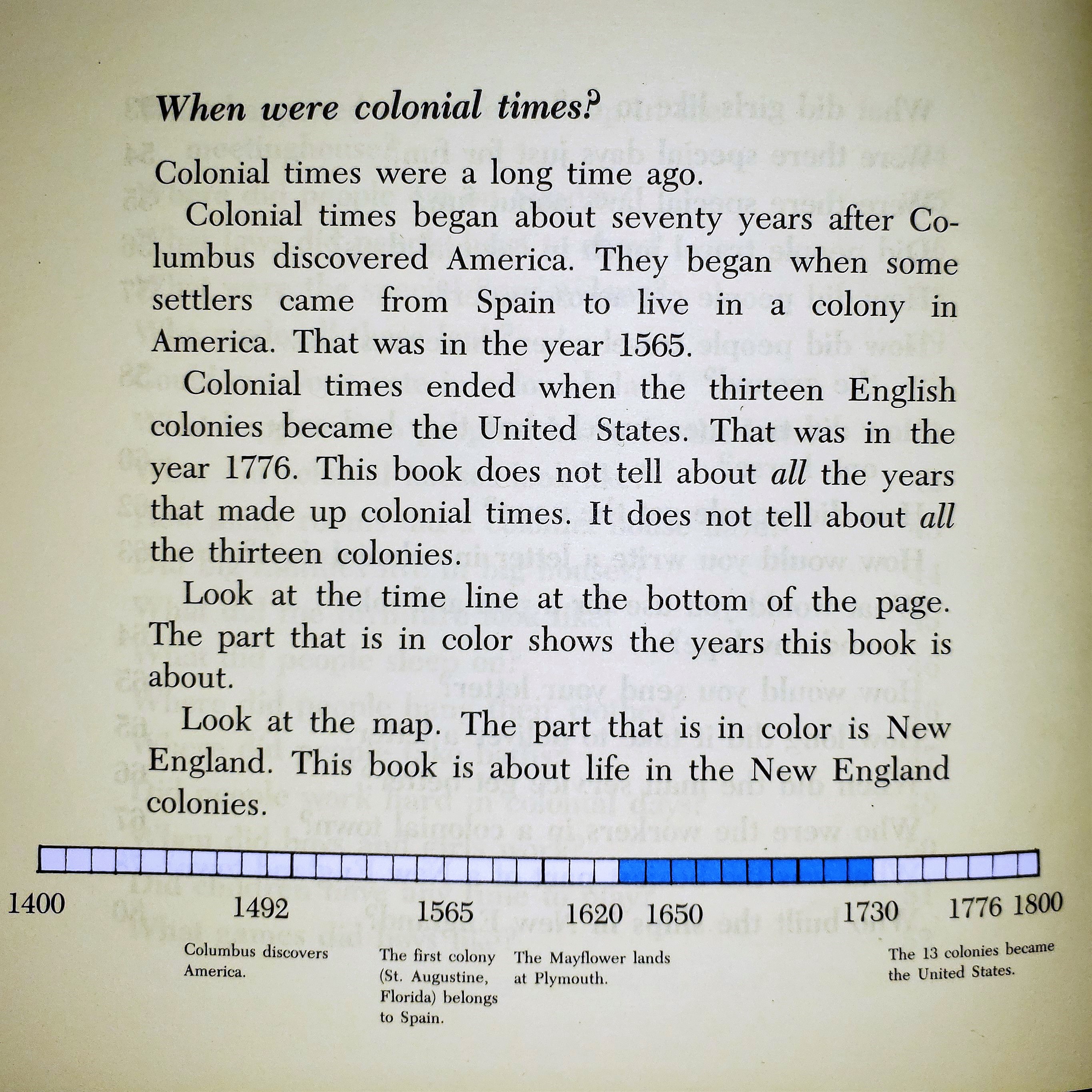 The updated edition of the book, published in 1992 by Scholastic, is still in print where it has 3.8 stars on Goodreads and 4.5 on Amazon.

History can be presented honestly at a developmentally appropriate level for young people. This book promotes dangerous myths to children in their early stages of identity formation.

Write to Scholastic to let them know that this book should no longer be published nor distributed.

This critique was prepared by Katie Orr.

P.S. Read about Scholastic’s President Donald Trump, A Birthday Cake for George Washington, partnership with the American Coal Federation, and minimization of climate change. In addition to sharing critiques, we offer 60 carefully selected booklists of multicultural and social justice books for children, young adults, and educators.

Learn more about If You Lived in Colonial Times and related titles from Debbie Reese of American Indians in Children’s Literature in this highly recommended tweet thread. Click the tweet to read the full thread.

1) Do you think that, in 2019, your child should be reading books from Educational publishers that depict Native people as killers and Africans as people who “were not glad” to be taken to the US during colonial times?