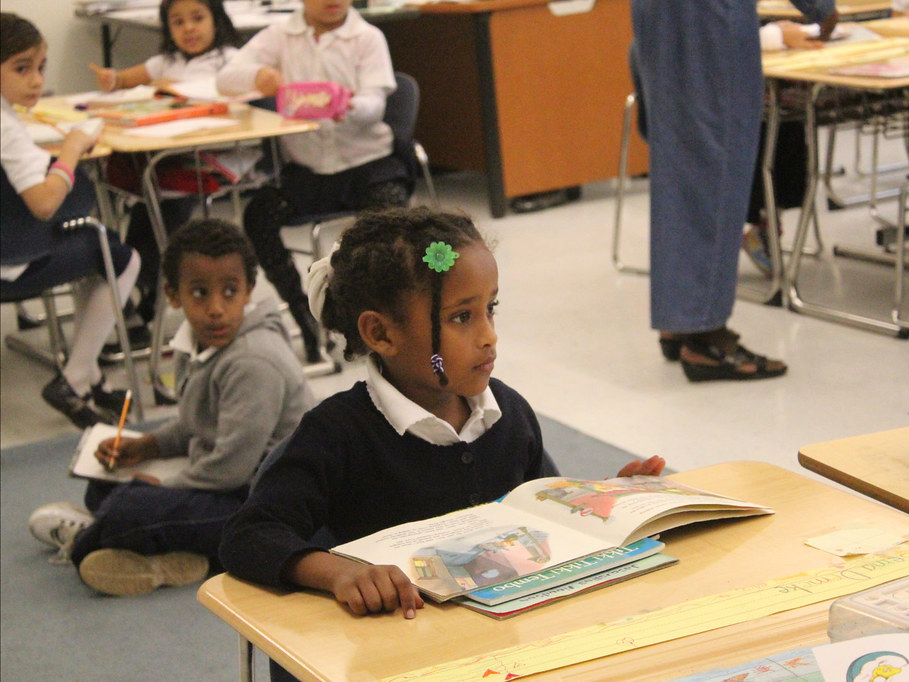 We all know what “The End” means when reading a children’s book. The story has concluded. The last sentence of a book can also indicate to a reader that there is closure. But what are the consequences of that closure when it comes to books about ongoing social movements? Isn’t there always more to the story? Or is the struggle for justice over?

After reading many children’s books about social activism throughout my teaching career, I’ve noticed a pattern, and I’m not the only one. At a recent Anti-Bias Early Childhood Working Group gathering in Washington, D.C., we analyzed and provided feedback on children’s books focused on activism and change. In small groups, we thought about what messages about activism were conveyed. While the discussion focused on how to teach the book, we inevitably arrived at a common question: why did it end that way?

A few of the books had us thinking about the author’s intentions, the effects of endings on students as well as how to use the ending as a teaching tool. In what ways can educators address, question, adapt, omit, and frame book endings so that children understand that the struggle continues?

Here is what we found and our recommendations.

Some books end with a flourishing big finale, or the ending tends to tie the story up neatly with a resolution. Others trivialize the message with humor such as the ending of CLICK, CLACK, MOO: Cows That Type by Doreen Cronin.

When children believe that oppression (racism, sexism, environmental injustice, etc.) has been solved, certain beliefs arise such as the Civil Rights Movement cured racism or thinking one individual act worked out so everyone else facing hardship should be able to get from under it as well.

Sometimes books can perpetuate the idea of colorblindness, for example, those ending on Dr. Martin Luther King’s statement about being judged by the content of one’s character. Also, endings that claim a problem has been solved and now everything is fair fosters the myth of meritocracy.

Some books, though, end with the message that not only are struggles intersected but that activism is ongoing, such as ¡Sí, Se Puede! Yes, We Can! Janitor Strike in L.A. by Diana Cohn.

There are so many new children’s books that have been written to explore vital topics such as racism, environmental justice, labor rights, and immigration from a historical and present lens. However, as the final page is turned, I often notice a missed opportunity. The last line in Lillian’s Right to Vote by Jonah Winter and Shane W. Evans states “Lillian votes” but there is no mention of continuous active voter suppression until flipping to the author’s notes.

Freedom on the Menu: The Greensboro Sit-ins by Carole Boston Weatherford ends on a happy note of eating a banana split. The author’s note describes the ongoing practice of sit-ins internationally to fight injustice.

Edwidge Danticat’s Mama’s Nightingale: A Story of Immigration and Separation closes with “I like that it is our words that brought us together again” and relegates any reference to many other mothers in detention after the story has ended. It seems the most pertinent information resides in the author’s notes or is left out altogether.

While I highly recommend these books for their narratives about social activism, the endings should leave space for questioning, analysis, and action plans. As educators, we can use the opportunity to fill in gaps and remind children that there is always work to be done.

Maryland educator Colleen Massaquoi read the book One Plastic Bag: Isatou Ceesay and the Recycling Women of the Gambia by Miranda Paul and encouraged her students to question the sense of closure of the ending. Massaquoi states,

When I read the book aloud to my students, I wanted the children to interrogate the reality of such an ending and learn to ask questions about the process of creating lasting change.

There has been a continuity of activism throughout history because oppression doesn’t magically disappear. Book discussions also allow children to see themselves as change agents who can make a difference. While valuable individual and collective action have created victories for many groups all over the world, the oppressive systems in place have yet to be dismantled.

As teachers, we can encourage authors and publishers by sharing reflections on how endings can misrepresent the continuity of a struggle. In addition, we can actively engage with these endings and counter the narrative that social movements are not one and done deals. Some ways to do this include:

Let’s make sure that when we read books to children about social movements, the endings are providing the space for further analysis, connection making and hopefully, action.

Makai Kellogg is an anti-bias early childhood educator and Equity and Diversity Coordinator at School for Friends in Washington, D.C. Makai creates age-appropriate curriculum on social justice for her students to explore equity issues such as race, homelessness, gender stereotypes, etc. Makai leads the Parents of Multiracial Children group, Equity and Diversity Parent Book Club as well as other programming throughout the year that allow parents to address their biases to be proactive as their children learn about the world around them. Makai facilitates training and opportunities for her colleagues to engage in identity work and discussions on equity and anti-bias education in the classroom. Through her work with young children and their families, she is creating an inclusive community of critical thinkers and change makers. Makai works closely with Teaching for Change and its initiative, the D.C. Area Educators for Social Justice as an advisory board member. She is also part of the leadership team for the Anti-Bias Early Childhood Educator Working Group. Makai writes about her equity endeavors on her blog.