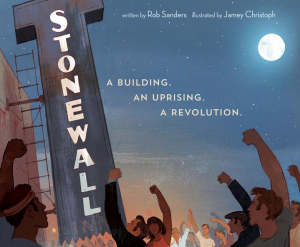 June in Pride Month and I’m a long-time Latinx lesbian and we’ve got some history to cover. I’ve been out for the majority of my life. I’m out to friends, family, acquaintances, neighbors, colleagues, students, my sons’ friends and families, the checkout people at the grocery store, all the contractors I try and get to come back to the house to actually do the work that we’d like to pay them for, and our dog. I’m even out to the Subaru dealership guys – although that’s not a shock to anyone.

In fact, I’m about as out as I can be and this is a focused, calculated act of defiance and activism. We are enmeshed in a homophobic, racist, sexist, ablest, classist society that is staunchly in favor of and designed to support and affirm a White, male, able, middle-class, Christian, straight ideal.

What is sometimes most distressing is how people who are privilege adjacent align themselves with the dominant group instead of lifting up communities that are oppressed and minoritized. I define privilege adjacent as someone who is one degree removed from the idealized White, male, able, middle class, Christian, straight idealized identity. When I address identity I am referring to the ways Dr. Beverly Tatum talks about it in The complexity of identity: Who am I in which she specifies “race or ethnicity, gender, religion, sexual orientation, socioeconomic status, age, and physical or mental ability”.

This kind of privilege adjacent behavior is seen in the racism enacted by White feminists  when they uphold and protect Whiteness. It is seen in the ways Latinx men vote for White male candidates thus upholding maleness. And, it is seen in the LGBTQIA community’s racism, sexism, and transphobia. The White LGBTQIA community often actively erases, omits, disregards and generally tosses under the bus BIPOC people across the spectrum, including but not limited to bi- and pan-sexual people, as well as gender outlaws (Kate Bornstein, 1994/2010/2016) which include trans, gender fluid and everyone else not accounted for on the imagined and idealized gender binary.

The LGBTQIA community has a lot to learn and repair. I was hoping some of that education and repair work would be seen in Stonewall: A Building. An Uprising. A Revolution by Rob Sanders and Jamey Christoph (Random House, 2019).

But, no. This isn’t the book to do that work. Instead, it is yet another fiction that provides a gay, White, cis, straight appealing, male community a pat on the back. Instead of lifting-up the trans women of color, and the butch women and femme men who were at the forefront of the riots, this book presents a more palatable image. Continue reading.

Publisher's Synopsis: Celebrate the fiftieth anniversary of the Stonewall Uprising with the very first picture book to tell of its historic and inspiring role in the gay civil rights movement.

From Rob Sanders, author of the acclaimed Pride: The Story of Harvey Milk and the Rainbow Flag, comes this powerful and timeless true story that will allow young readers to discover the rich and dynamic history of the Stonewall Inn and its role in the LGBTQ+ civil rights movement--a movement that continues to this very day. In the early-morning hours of June 28, 1969, the Stonewall Inn was raided by police in New York City. Though the inn had been raided before, that night would be different. It would be the night when empowered members of the LGBTQ+ community--in and around the Stonewall Inn--began to protest and demand their equal rights as citizens of the United States. Movingly narrated by the Stonewall Inn itself, and featuring stirring and dynamic illustrations, Stonewall: A Building. An Uprising. A Revolution is an essential and empowering civil rights story that every child deserves to hear.

PRAISE FOR PRIDE THE STORY OF HARVEY MILK AND THE RAINBOW FLAG!

"Pride is a beacon of (technicolor) light."- Entertainment Weekly

"This children's book about gay Pride should be in every school."- Gay Times Magazine

"I couldn't be more thrilled the world now has this book."- Dustin Lance Black, Academy Award-winning screenwriter of MILK