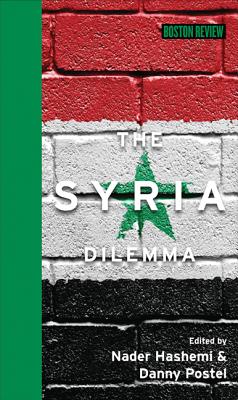 The Syrian civil war and the collapse of the Syrian state is the direct cause of the most severe ongoing humanitarian crisis anywhere in the world today. According to the United Nations, an estimated seven million Syrians are internally displaced and approximately four million are refugees living in the neighboring countries of Turkey, Jordan, Lebanon and Iraq as well as more distant countries in Asia and North Africa.

The total number of refugees and displaced people is more than half of the pre-war Syrian population. Hunger is widespread and, in many instances, forces loyal to Syrian dictator Bashar al-Assad will not allow relief agencies access to trapped Syrians.

In Iraq, another 2 million are homeless as a result of the fighting between the Islamic State (ISIS, a militant group that has capitalized on the collapse of the Iraqi and Syrian states) and various Iraqi and Kurdish military units. The death toll from the fighting in both Syria and Iraq, including civilians, is probably 300,000 or more.

Conflict in Syria began in early 2011 as civil resistance to 40 years of authoritarian control by the al-Assad family. The situation quickly deteriorated after nonviolent protest was met with escalating repression, mass detentions, disappearances, and military and police assaults on demonstrators. Syrian rebels, both Muslim and secular, sought and received military assistance from outside sources, including Iran, Qatar, Saudi Arabia, the United States and Russia. By 2012, the conflict had become a full-blown civil war that divided the country into multiple areas variously controlled by the Assad regime, secular and/or moderate Muslim rebel groups, and more extreme militant and fundamentalist groups, most notably ISIS.

Today, the situation remains fluid and the humanitarian crisis grows seemingly unabated. Democracy activists and advocates for civilian relief continue to agitate for more effective and sustained outside intervention by the UN and western democracies, despite the insufficiency that has characterized attempts to intervene so far. Two long and inconclusive U.S. wars in Afghanistan and Iraq add to the difficulties in understanding the factors contributing to the crisis in Syria and developing a comprehensive, effective, and sustainable response.

The Syria Dilemma, edited by Nader Hashemi and Danny Postel, argues that the world has a moral obligation to intervene in Syria to relieve the suffering. Through a series of essays from a wide variety of knowledgeable observers, the book looks carefully at the many variables that will impair or outright prevent effective humanitarian relief. To the editors’ credit, the book does not settle for easy or platitudinous answers. Contributors call for antithetical solutions: some call for military intervention while others urge against it; some argue that all parties should be included in a massive multi-party negotiation acknowledging that no peace can be achieved without the full participation of those involved and their sponsors, while others argue for the exclusion of the Assad regime, of ISIS, of Russia, and others on the grounds that those parties are guilty of war crimes or, at least, of deliberately exacerbating conflict.

Providing a useful account of the tensions and contesting agendas that are at the root of conflict and chaos both in Syria and elsewhere in the Middle East, The Syria Dilemma is an important example of how to thoroughly investigate the type of moral challenge that confronts the world today without forcing a conclusion on readers (or allowing them to look away).

Jeff Epton is a poet, blogs at In and Out, and provides volunteer support to Teaching for Change on fundraising.

SYNOPSIS: The current conflict in Syria has killed more than 80,000 people and displaced four million, yet most observers predict that the worst is still to come. And for two years, the international community has failed to take action. World leaders have repeatedly resolved not to let atrocities happen in plain view, but the legacy of the bloody and costly intervention in Iraq has left policymakers with little appetite for more military operations. So we find ourselves in the grip of a double burden: the urge to stop the bleeding in Syria, and the fear that attempting to do so would be Iraq redux.
What should be done about the apparently intractable Syrian conflict? This book focuses on the ethical and political dilemmas at the heart of the debate about Syria and the possibility of humanitarian intervention in today's world. The contributors--Syria experts, international relations theorists, human rights activists, and scholars of humanitarian intervention--don't always agree, but together they represent the best political thinking on the issue. The Syria Dilemma includes original pieces from Michael Ignatieff, Mary Kaldor, Radwan Ziadeh, Thomas Pierret, Afra Jalabi, and others. Contributors: Asli Bâli, Richard Falk, Tom Farer, Charles Glass, Shadi Hamid, Nader Hashemi, Christopher Hill, Michael Ignatieff, Afra Jalabi, Rafif Jouejati, Mary Kaldor, MarcLynch, Vali Nasr, Thomas Pierret, Danny Postel, Aziz Rana, Christoph Reuter, Kenneth Roth, Anne-Marie Slaughter, Fareed Zakaria, Radwan Ziadeh, Stephen Zunes