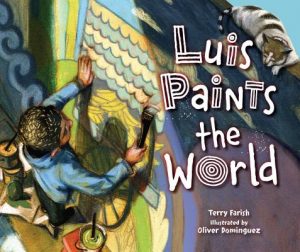 In the 1960s, Chicanos comprised only about 5% of the US population, yet made up about 22% of the US casualties in Vietnam. So towards the end of the decade, the Chicano community in California began organizing against their young people being drafted into the US war against Vietnam, comparing it to the US war against Aztlán. “Too many Chicanos have died in foreign jungles,” activists said, “and too many have died in barrio streets. ¡Ya, basta!”

On August 29, 1970, some 25-30,000 mostly Chicano people marched through the heart of East Los Angeles. This enormous, community-based familia included elders and parents and babies, students and teachers and seasoned political activists, documented and undocumented workers from the factories and the fields, and veterans from World War II and Korea and Vietnam. They came together from barrios all over the country: from San Diego, from Chicago, from Denver, from San Antonio, from Seattle. From New York, a large contingent of Puertorriqueño members of the Young Lords Party joined them. Here, at the National Chicano Moratorium Against the War in Vietnam, organizers declared that, for Chicano youth, the front line in the struggle for justice and human rights was not in Vietnam, but rather, in the barrios of the United States. Continue Reading.

This is a sweet story of how art can be used to expand a child’s world and bring a community together. It also provides a nice example of family love and support, and the pain that sometimes comes with growing up. While Luis chooses to be joyful at his brother’s return, he also knows that it may not be permanent. This is a fairly simple story and would probably be best for younger children. — Maria Brescia-Weiler, 2017 Teaching for Change summer intern