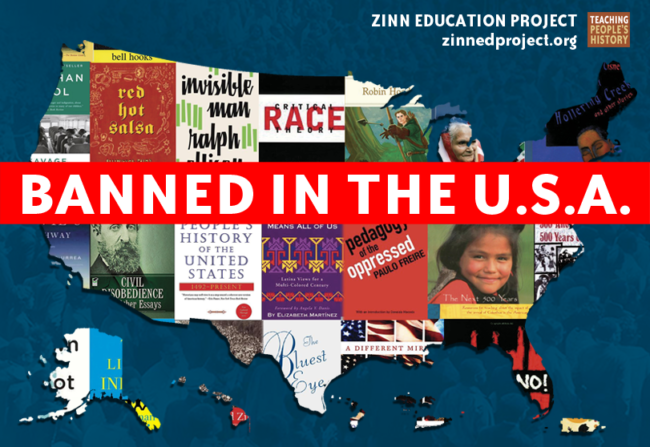 Over the last two years libraries and schools have faced an unprecedented number of bids to have books banned. As Jonna Perrillo writes in the Washington Post, these book bans may be even more dangerous than those of the past.

The most frequently challenged books are ones that students are reading on their own accord, even if they are accessing them through a school or classroom library. Bans are targeting books that young Americans want to read, not texts that a teacher tells them they must.

There have also been important stories of resistance this year — like young people organizing to overturn a book ban in York, Pennsylvania, teens creating banned book clubs in Austin, Texas, and the Brooklyn Library offering e-book access to young people around the country. But the repression is severe. For example, a teacher in Oklahoma was disciplined for simply sharing the link to the Brooklyn Library.

As poet Martín Espada explains, censorship is dangerous. While some books gain greater attention, most go out of print in obscurity.

As Schools Ban Books by Authors of Color, Young People Pay the Price

Teaching for Change staff member Paige Pagan and our colleague Marilisa Jiménez García wrote an article for Refinery 29 about the disproportionate number of books by authors of color being banned as part of the recent anti-history (anti-CRT) attacks. Read more.

An Indigenous Peoples’ History of the United States for Young People is among the hundreds of books that have been challenged and banned in schools in the United States. On March 19, 2022, a letter signed by 1,300 children’s and young adult authors was submitted to the U.S. Congress. Read more.

Book Bans Are Targeting the History of Oppression

Our colleague Marilisa Jiménez García wrote an article for The Atlantic about the banning of books that tackle themes of racism and imperialism, including Holocaust literature and survivor testimonies. Also, a Texas law requires teachers to present opposing views about the Holocaust in their classrooms. Read more. 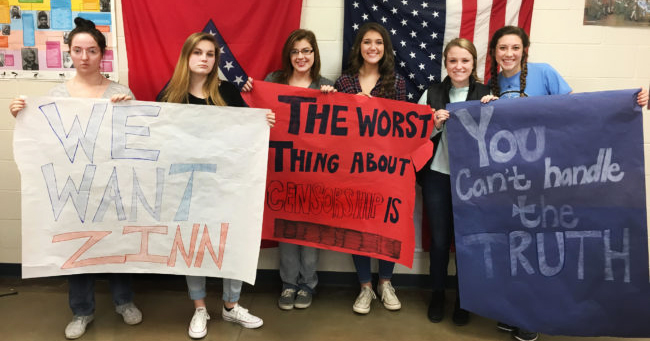 Read about how students, teachers, and the Zinn Education Project have stood up to politicians’ attempts to ban A People’s History of the United States and curriculum by — or even “concerning” — Howard Zinn. Read more.