Amazon is a destructive force in the world of bookselling. Their business practices undermine the ability of independent bookstores — and therefore access to independent, progressive, and multicultural literature — to survive. Additionally, Amazon is harmful to local economies, labor, and the publishing world.

“The Amazon model: easy salability, heavy marketing, super-competitive pricing, then trash and replace… Every book purchase made from Amazon is a vote for a culture without content and without contentment.”
— author Ursula K. LeGuin

Working in an Amazon warehouse

After a fire in a Staten Island, New York, warehouse in 2022, 100 workers staged a march through the facility which they said was too filled with smoke to work safely. 50 workers were suspended by Amazon for demanding to be sent home with pay.

In 2022, federal prosecutors in New York and the Department of Labor began inspecting Amazon warehouses around the country as part of a civil investigation into unsafe and unseemly workplace conditions.

When workers at Amazon have tried to organize a union in their warehouses, they have been met with illegal union-busting activities. Amazon has been accused of illegally firing workers in Chicago, New York and Ohio, calling the police on workers in Kentucky and New York, and retaliating against workers in New York and Pennsylvania.

The local impact of buying from Amazon 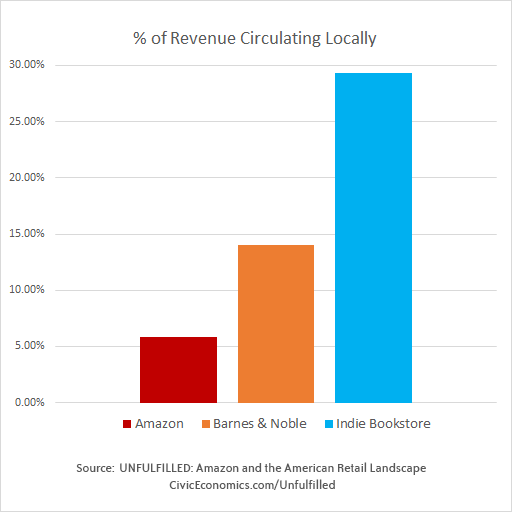 Stand in Solidarity with Independent Bookstores

Authors: When promoting your book, use links to independent bookstores, like Powell’s and Bookshop.org instead of linking to Amazon.

Professors: Encourage your students to buy their classroom texts from independent bookstores.

Teachers and Librarians: If your school has a budget for book purchases, use a local, independent bookstore instead of a large wholesaler or Amazon. It teaches your students the importance of supporting the local economy while giving a boost to an independent bookseller.

Book Buyers and Bookstore Lovers: Call your state/local politicians and urge them to collect sales tax from Amazon, put the revenues into improving school facilities, and increase teacher pay. Most importantly, use your book budget to support independent bookstores and their web stores.

These Amazon employees are risking their jobs to speak out against the company’s apparent contributions to the climate crisis #AmznSpeakOut pic.twitter.com/ejXVc8Ygeg 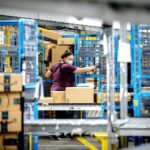 Forbes | October 25, 2021
A Hard-Hitting Investigative Report Into Amazon Shows That Workers’ Needs Were Neglected In Favor Of Getting Goods Delivered Quickly by Jack Kelly. When you are running a far-flung global enterprise, employing over one million people, it’s understandable that issues will arise. When you start to see a continual pattern, it’s time to consider if the mistakes are purposely overlooked or if there is something else happening. Read more. 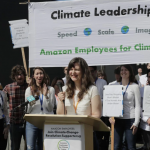 The Washington Post | January 26, 2020
Amazon employees launch mass defiance of company communications policy in support of colleagues by Jay Greene — More than 350 Amazon staffers publicly called out the company for its climate policy, its work with federal agencies and its attempts to stifle dissent. Read more. 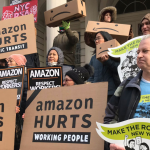 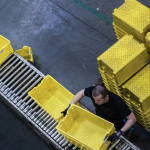 The Intercept | December 2, 2019
How Amazon’s on-site Emergency Care Endangers the Warehouse Workers it’s Supposed to Protect by H. Claire Brown —  Earlier this year a falling object struck a worker’s head at an Amazon fulfillment center in Robbinsville, New Jersey… According to company protocol, Amazon’s medical staff should have sent the worker to a hospital or doctor’s office for further evaluation, or at least called a physician for advice. They did neither. Read more.

Ruthless Quotas at Amazon Are Maiming Employees by Will Evans, The Atlantic | November 25, 2019

How to Resist Amazon and Why: A Handy Zine by Danny Caine
A zine that includes “a letter to @JeffBezos from a small independent bookstore in the middle of the country,” as well as “several strategies to deal with Amazon’s continuing overreach.”

‘Go back to work’: outcry over deaths on Amazon’s warehouse floor by Michael Sainato, The Guardian | October 18, 2019

What Happens After Amazon’s Domination Is Complete? Its Bookstore Offers Clues by David Streitfield, the New York Times | June 23, 2019

The Real Story of How Virginia Won Amazon’s HQ2 by the Washingtonian | June 16, 2019

Amazon’s Long Game Is Clearer Than Ever by Matt Taibbi, Rolling Stone | November 14, 2018

Underpaid and exhausted: the human cost of your Kindle by Gethin Chamberlain, The Guardian | June 9 ,2018

Jeff Bezos v the world: why all companies fear ‘death by Amazon’ by Olivia Solon and Julia Carrie Wong, The Guardian | April 24, 2018

Trump’s enemy is not your friend: why we shouldn’t defend Amazon by Thomas Frank, The Guardian | April 7, 2018

Amazon drivers forced to deliver 200 parcels a day with no time for toilet breaks while earning less than minimum wage by Dan Warburton, Mirror | December 10, 2017

World’s Richest Person Escapes Scrutiny From His Own Paper — and Its Rivals by Adam Johnson, FAIR | July 28, 2017

Amazon Is Trying to Control the Underlying Infrastructure of Our Economy by Stacy Mitchell, Motherboard | June 25, 2017

Amazon’s Stranglehold: How the Company’s Tightening Grip Is Stifling Competition, Eroding Jobs, and Threatening Communities by Institue for Local Self Reliance | November 2016

The Downsides of Amazon’s Dominance by Bradley Graham and Lissa Muscatine, Politics and Prose | February 2016

Spotlight on Amazon: A selection of readings and resources  by American Booksellers Association  |  February 2016

Inside Amazon: Wrestling Big Ideas in a Bruising Workplace by the The New York Times | August 15, 2015

Amazon’s frightening CIA partnership: Capitalism, corporations and our massive new surveillance state www.salon.com | December, 2014 Salon explored the connection between Amazon and the CIA–Amazon has a $600 million contract to build a cloud computing service for the spy agency–and the wider “national security state.” Salon noted Amazon’s decision to toss Wikileaks from its servers in 2010, and said of the CIA deal: “On Amazon’s servers will be information on millions of people that the intelligence community has no right to possess…. Instead of helping expose U.S. war crimes, then, Amazon’s cloud service could be used to facilitate them, for which it will be paid handsomely–which was, in all likelihood, the whole point of the company proving itself a good corporate citizen by disassociating itself from an organization that sought to expose its future clients in the intelligence community.”

No. Don’t Smile. by Alan Cantor  | December 1, 2014 On his website, nonprofit consultant Alan Cantor debated the value of organizations participating in Amazon Smile, the program under which nonprofits receive 0.5% of Amazon purchases made by their supporters. Noting the “immoral” company’s poor labor policy, tax avoidance tradition and the Hachette dispute, Cantor concluded by highlighting the low return–in a variety of ways–of participating in Amazon Smile: “Let’s say that over the holidays [a nonprofit’s supporters] purchase $25,000 worth of goods from Amazon–purchases that otherwise would have been made at local stores that your neighbors own and where taxpaying members of your community work. That $25,000 would have been a lot of income for those local stores, perhaps the difference between survival and closure, or keeping staff members or firing them. But you’ve thrown your lot in with Amazon. And in return you will get a kick-back of… $125. Yes, that’s all that half of 1% of $25,000 amounts to.”

The Inside Story of how the Retail Giant has Managed to Remain Union-Free Across the United States www.salon.com | January 22, 2014

You Don\’t Own Your Amazon Kindle eBooks by Andy Patrizio | Technology Guide | August 15, 2018

Ten Reasons to Avoid Doing Business With Amazon.com www.thenation.com | May 31, 2012

Amazon, Innovation, and the Rewards of the Free Market The Authors Guild | www.authorsguild.org | February 16, 2012

Inside Amazon’s Warehouse The Morning Call | February 24, 2012 “When you order a book from Amazon.com, do you know why it’s so cheap and arrives so fast? Because employees at an Amazon warehouse are literally working in a sweatshop. Details emerged last week of working conditions so horrendous that Amazon keeps an ambulance parked outside.”

Against Amazon An online archive to educate consumers about the problems and politics of doing business with the beast.

If you are looking for used books, consider using the Teaching for Change portal at Powells.com. Sales help fund our publication operations.