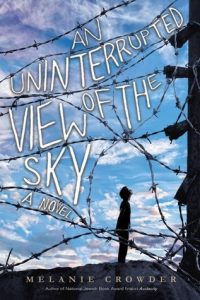 Because Francisco’s father is Indigenous, the police consider him guilty of Bolivia’s infamous Ley 1008, with no way of proving himself innocent. Unable to cope as a single mother with the stigma of a husband in prison, Francisco’s Mestiza mother abandons the family, so Francisco and his eight-year-old sister, Pilar, must live in the men’s prison with their father where the bathrooms are fouled with sewage and prisoners must pay for their own cells. Continue reading.

Publisher's synopsis: Modern history unearthed as a boy becomes an innocent victim of corruption in Bolivia's crime world, where the power of family is both a prison and a means of survival.

It's 1999 in Bolivia and Francisco's life consists of school, soccer, and trying to find space for himself in his family's cramped yet boisterous home. But when his father is arrested on false charges and sent to prison by a corrupt system that targets the uneducated, the poor, and the indigenous majority, Francisco and his sister are left with no choice: They must move into prison with their father. There, they find a world unlike anything they've ever known, where everything--a door, a mattress, protection from other inmates--has its price.

Prison life is dirty, dire, and dehumanizing. With their lives upended, Francisco faces an impossible decision: Break up the family and take his sister to their grandparents in the Andean highlands, fleeing the city and the future within his grasp, or remain together in the increasingly dangerous prison. Pulled between two undesirable options, Francisco must confront everything he once believed about the world and his place within it.

In this heart-wrenching novel, Melanie Crowder sheds light on a little-known era of modern South American history--where injustice still looms large--and proves that hope can be found, even in the most desperate places.

Praise for An Uninterrupted View of the Sky: ★ "Crowder delivers a disturbing portrait of innocent families trapped in corrupt systems, as well as a testament to the strength of enduring cultural traditions and the possibility of finding family in the unlikeliest places."--Publishers Weekly, starred review

★ "Themes of poverty, social injustice...violence toward women, coming-of-age, romantic love, and a sliver of precarious hope are woven into the plot...[An] important addition to libraries."--School Library Journal, starred review

"[A] trenchant novel...This hard-hitting, ultimately hopeful story will open readers' eyes to a lesser-known historical moment and the far-reaching implications of U.S. policy."--Booklist"[This novel] is raw, gripping, poetic and bold....Crowder takes you on an emotional pilgrimage that you won't want to end."--RT Book Reviews, five-starred review

★ "With a thorough historical note, glossary of terms, and bibliography, this will make an excellent complement to units on women's rights and the labor movement, but it will also satisfy readers in search of a well-told tale of a fierce heroine."--BCCB, starred review

★ "This is an excellent title that can open discussions in U.S. history and economics courses about women's rights, labor unions, and the immigrant experience."--School Library Connection, starred review