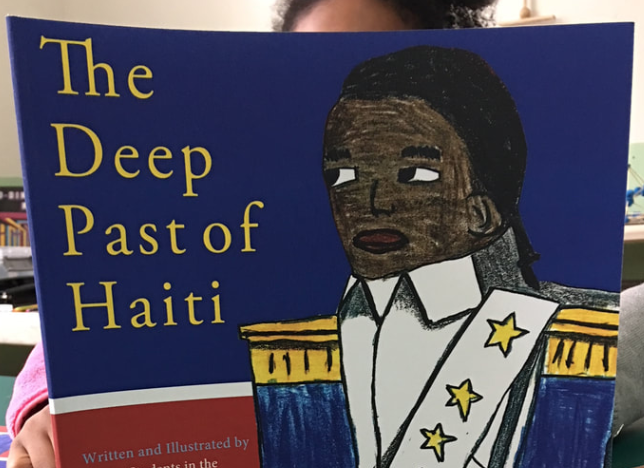 We highly recommend the book by fifth and sixth-grade students at Jubilee School called The Deep Past of Haiti. We agree with Edwidge Danticat who said it is a “gorgeous book” and “a stunning gift from the children to the world.”

Here is the introduction to the book.

In 2014, inspired by the Declaration of Principles written by W. E. B. Du Bois and the Niagara Movement in 1905, fifth and sixth-grade students at Jubilee School wrote their own declaration. The second principle they wrote said:

We, the young, Black representatives, protest about how history is taught. We believe that children should know all of their history. They should know what their ancestors have been through and how they were powerful, fought back, and got their freedom. We recommend that children should not only learn about one side of history. We should learn the heart of history. We need to know the truth about what came before so we can know who we really are and what we were brought on earth to do. 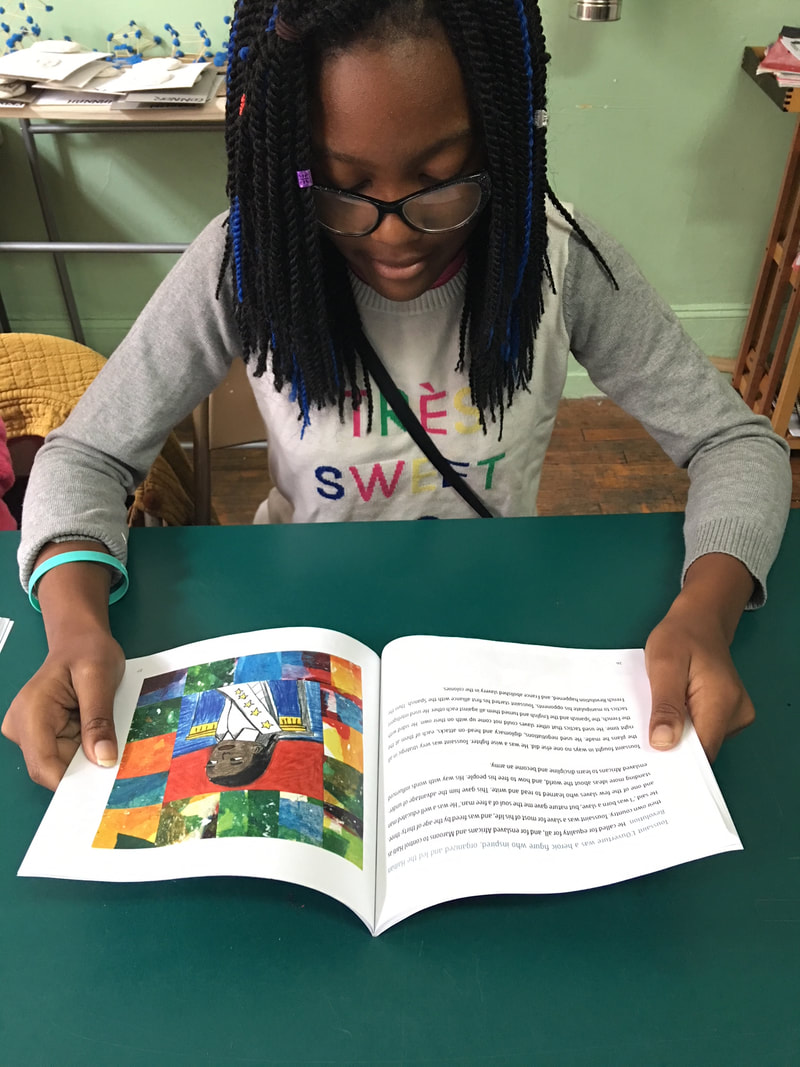 In order to make sure that this happens, Jubilee students have been writing an online textbook of the twentieth century since 2006, called “Journey to the Center of the Twentieth Century”.

The purpose of the textbook is to include the under-told stories of the twentieth century which are usually left out of textbooks for children.

The Deep Past of Haiti began as a short collaborative research paper for Jubilee’s student online textbook on the U.S. occupation of Haiti, which began in 1915. It was written by the same students who wrote the Declaration of Principles. As we researched the occupation, it became apparent that in order to understand the early twentieth-century history of Haiti, we needed to know about the Haitian Revolution, which led us all the way back to Columbus. The thesis of the book is that Haiti is an island that has always been rich in resources and that because of colonization, slavery, and exploitation it has been robbed of its wealth. It is also a celebration of Haiti’s “indomitable spirit”, as the first country which was liberated by people who were enslaved.

In the introduction to their textbook, students wrote: ” History is like the earth; it has many layers. This textbook will peel back the layers so you can see what is really inside. It will go into the core of history.” The process of writing The Deep Past of Haiti involved peeling back many layers and questioning the perspective of sources…especially U.S. sources written at the time of the occupation. The project took a year to research and write, and part of the next year to illustrate. Through our research, we all learned so much about Haiti, America, and the world. And, about how history is told and not told. Learn more. 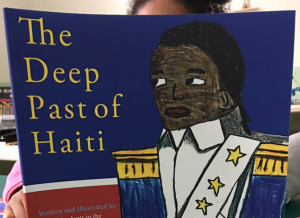 The Deep past of Haiti will tell the truth about what happened in Haiti through the centuries.This book was written by Jubilee School's fifth and sixth-grade class in 2013.