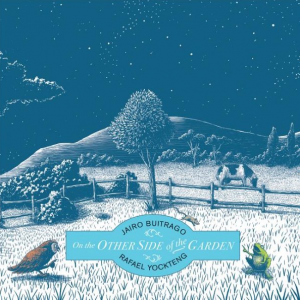 In the entire universe of graphic comics, is there any sillier way to appeal to the sensibilities of young readers than five pages of fart jokes? Than little kid mosquitos, flying through the air, “powered by pedos”? Pretending to be hot-air balloons or hovercrafts or the Hindenburg? With visual sound effects—“BRAPOW!!! PFWAT!!”—and illustrations of farts as little green clouds? And their beleaguered Mamá Malaría, straight out of a telenovela, sobbing her eyes out because her farting kids smell like goats? Probably not.

In their first two installments—Lowriders in Space and Lowriders to the Center of the Earth—the super-talented team of Cathy Camper and Raúl the Third (González) introduce readers to our super-cool interspecies trio: Lupe Impala, ace mechanic extraordinaire; Elirio Malaría, whose sharp proboscis is steady as a surgeon’s hand; and the flexible, washcloth-wielding dynamo, El Chavo Flapjack Octopus. In Volumes 1 and 2, they defeat the bad guys and form a lowrider car club—Bajito y Suavecito—that just might change the world. Continue reading.

On the Other Side of the Garden by Jairo Buitrago, Elisa Amado
Published by Groundwood Books on 2018-03
Genres: Immigration and Emigration
Pages: 56
Reading Level: Early Childhood, Grade K, Grades 1-2
ISBN: 9781554989836
Review Source: De Colores: The Raza Experience in Books for Children
Buy at Powell's Books
Also by this author: Dos Conejos Blancos, Walk with Me, Wounded Falcons

Publisher's Synopsis: From one of the great creative teams in picture books, On the Other Side of the Garden is about a city girl learning to accept the change brought about by her parents' separation when she is taken to her grandmother's house in the country and befriended by an owl, a frog and a mouse.

When her father leaves her at her grandmother's house, the young girl at the center of this story feels abandoned and lonely. Her mother has moved to another country, and the girl wasn't paying attention when her father explained what was happening. And she hardly remembers her grandmother.

After going up to her room she decides to venture out into the nighttime garden where she meets an owl, a frog and a mouse. They take her on a tour of her extraordinary new world. When she gets back in the morning, her grandmother explains that her father won't be back for a long time. The girl tells her that she wants to be able to spend time in the garden with the plants and animals of this new world, and her grandmother doesn't seem to be either surprised or alarmed by her nighttime adventures. And she is very happy that the girl and she will get to know each other.

Buitrago's stories are noted for conveying large truths through understatement and suggestion. This story, beautifully illustrated by Yockteng, shows how a child can use her own bravery and curiosity to confront frightening and potentially destructive realities such as a parents' separation and being left with an almost unknown relative through what we must assume is a situation where her father had no choice.

There is an endnote about the plants and animals that might be found in such a garden.